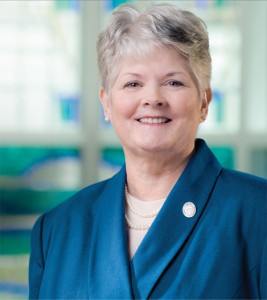 Sister Anne Marie’s ministry as a Sister of Bon Secours spans 50 years. She served as President of the Sisters of Bon Secours, USA, based in Marriottsville, Maryland, for seven years prior to joining Bon Secours Health System (BSHSI) in 2005. At that time, she was appointed Vice President of Mission for two Richmond, Virginia hospitals and currently serves as Senior Vice President of Sponsorship for Bon Secours Richmond Health System. From 2008 to 2011, Sister Anne Marie served as President of the Board of UNANIMA International, a non-governmental organization of women religious serving at the United Nations and advocating on behalf of women and children (particularly those living in poverty), immigrants, refugees, and the environment. Sister Anne Marie has both a Bachelor’s and Master’s degree in Nursing.

If you have additional questions or would like more information about the Sisters of Bon Secours, please contact the Leadership Office.