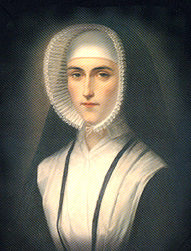 Josephine Potel was born on March 14, 1799 in the small rural village of Becordel, France. At the age of 22, she came to Paris and found herself surrounded by unimaginable suffering. France had been shaken by centuries of political, social, and religious upheaval. The violence of the French Revolution had destroyed lives and the very fabric of society. With the rise of philosophers including Voltaire and Rousseau, who both railed against organized religion and the clergy, most people in France had abandoned their faith and the Church. The Reign of Terror left deep psychological scars. Some of the rich had lost their lives on the guillotine while the working classes continued to suffer in abysmal poverty.

When people fell ill or were injured, they avoided the filthy prison-like hospitals which were seen as death traps. What little care they received was usually provided by a family member with little or no experience caring for the sick. Diseases spread quickly through the overcrowded, dirty city streets, afflicting rich and poor alike.

Filled with a strong faith and a deep desire to serve those in need, Josephine joined a group of women concerned with caring for the sick and poor. Unfortunately, this was a false start. The woman who led the group had no interest in taking religious vows or incorporating spirituality into their work so Josephine and several others set out on their own, forming the group that would become the Sisters of Bon Secours. The women chose Josephine to lead them because of her strong spirituality, her dedication to the seemingly endless work at hand, and her ability to encourage and guide others. 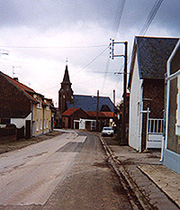 These twelve young women dedicated themselves to going into homes in the community and staying with the sick and dying, offering care and hopeful words of God’s love and redemption. The idea of religious women going out into the world to perform this essential work was unheard of at the time. Sisters were supposed to return to the world behind convent walls by nightfall and many were required to stay behind those walls during the day as well.

Because of the radically innovative nature of how they cared for the sick and dying, the Archbishop of Paris was skeptical when Josephine and the others applied for acceptance of their new congregation by the Church. Yet in spite of this obstacle, the sisters continued to bring care and compassion to rich and poor, atheist and believer.

This willingness to care for all regardless of their beliefs or social status was yet another radical innovation of the sisters that was initially regarded with suspicion by the Church. But, moved by Mother Potel’s commitment and persistence, the Archbishop granted the sisters a one-year probationary period. The first twelve Sisters of Bon Secours set out to prove themselves, putting their beliefs into action.

Unfortunately, Josephine Potel died on May 6, 1826 just two short years after the congregation was founded. Before her death she chose her successor, 33 year old novice Angelique Geay who served as the second Congregation leader until 1860. To this day, Angelique Geay is honored as the great organizer of the young congregation. Since 1824, the Congregation of Bon Secours has spread throughout France, to Ireland, Great Britain, the United States, Peru and a mission in South Africa.