The Sisters of Bon Secours have called No.16-20 Rue Notre Dame des Champs their Paris Motherhouse since 1833 although construction dates to the 17th Century in what was then a Paris suburb of fields and vineyards. When the Pons Family sold the property to Mère Potel, foundress of the Sisters of Bon Secours, it had been improved to three sections: a façade flanked by two wings extending back from the street to form a courtyard garden.

Sections of the large home, called a hotel in France, are either two or three stories high. Access to the garden is from the street through a large cobblestone entrance called “the route for carts”. Structural elements include an impressive wrought iron staircase adorned with the monogram of the Pons family. A large cast iron stove still rests at the foot of this staircase and once provided heat to the upstairs. Another section of the house features a very old earthenware stove also used for heating. Mother Potel’s armchair, as well as the bronze statue of our Lady given by Msgr de Quélen in the 1820s, graces the library.

After paying off the mortgage of the property, our co-foundress, Mère Geay, began construction on a glorious chapel in 1843 because in her words, “Let us be poor in everything, but let God be treated as God.” The chapel was restored in the early 1990s and ranks among some of the most beautiful religious monuments in Paris.

Over the years the Sisters of Bon Secours have utilized this property for their infirmary, Novitiate dormitory, living spaces for professed sisters, the French Sisters’ Motherhouse as well as Congregation Leadership. Parts of the buildings have functioned as a laundry for the Sisters with large concrete soaking containers, a sewing room, an ironing room, and a room with foot baths. The sick were also treated on-site including wounded soldiers treated here during the war of 1870. A grotto of Lourdes made by one of these soldiers can be seen at the end of the garden. Statues of Jesus, Mary and Saint Joseph also bless the garden.

The façade of the main building still features the Bon Secours “BS” insignia inscribed above the gate of No. 18. Today one section of the building is leased to the Diocese to the French Armies and three rooms in the public hall leading to the Chapel have been transformed to house an exhibit of the patrimony and history of the Sisters of Bon Secours. 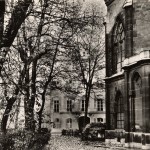 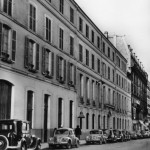 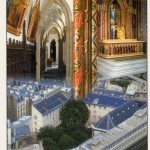 Daily Reflection
Precious in God’s Sight
Latest Posts
Associates help out in Southwest Baltimore
January 31, 2020
More News
Blog
Associates Embark on Lenten Journey
March 4, 2022
An act of kindness a day
December 9, 2021
What a wonderful couple of days!
October 21, 2020
More Posts
CONTACT US
If you have additional questions or would like more information about the Associates of the Sisters of Bon Secours, please contact us.
QUOTE
Mother St. Urban was once asked by a visiting clergyman, "Where are your free beds for the poor?" She answered: "There are no wards or rooms where special beds are reserved for the poor. It would be a humiliation to the patients who are poor to have their poverty thus made known to others. Neither the doctors nor the nurses know that a certain patient is unable to pay...So far no bill has come to my office that I have been unable to pay."
Mother Urban Tierney (1857-1933)