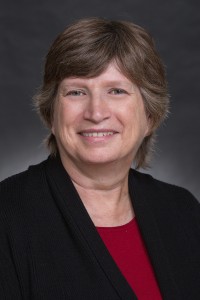 I have been married to my husband, Jim, since 2001. I have a beautiful daughter and three wonderful grandchildren ranging in age from 7 to 22. I also have an 11-year old black lab/chow mix. I love reading, traveling, crochet, the mountains, and walking. I believe in the mission of Bon Secours and the good help we provide both in the hospital and the community.

Daily Reflection
Silence as Teacher
Latest Posts
Associates help out in Southwest Baltimore
January 31, 2020
More News
Blog
Associates Embark on Lenten Journey
March 4, 2022
An act of kindness a day
December 9, 2021
What a wonderful couple of days!
October 21, 2020
More Posts
CONTACT US
If you have additional questions or would like more information about the Associates of the Sisters of Bon Secours, please contact us.
QUOTE
"So many thoughts fill my heart, now that I am about to leave…for this distant land....but I trust in God...So I am setting out, feeling happy to do His will, and committing myself anew into the hands of His Divine Providence."
Sr. St. Ferdinand LaHalle, d. 1889