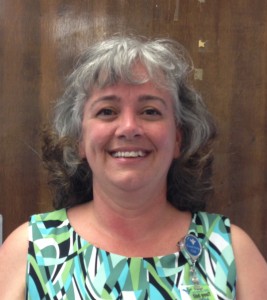 I long have had a curiosity about Sisters of Bon Secours.  In the fall of 1986, I commuted to University of Maryland, Baltimore County, via Marriottsville Road.  Daily, I passed the entrance sign to the Retreat and Conference Center of Bon Secours (then the Spiritual Center).  I was always curious about what lay beyond the top of that big hill.  I majored in social work in college and in my junior year, met a woman, Diane, who was also a social work major.  She had a bigger than life personality, an infectious, loud laugh- I enjoyed her participation in class immensely.  As it turned it, she was a Sister of Bon Secours, she was also not in habit.  Having grown up in Emmitsburg, MD, rich in the history and presence of the Daughters of Charity, I was accustomed to women religious in habit and matching coiffe.  I was educated by the Daughters of Charity and during high school worked as a nurse’s aide in their provincial house – caring for the retired elderly sisters.  But Diane was unlike any other religious women I had known.  Who was this very funny, plain-clothed nun that made me belly laugh?  I found her “realness”, for lack of a better word, so engaging.  For the remaining two years of college, Diane and I remained friendly; we participated in study groups together.   I enjoyed her stories about the Sisters and their work, but for some reason, I still never ventured up that hill.  It was from Diane that I became aware that the Sisters also ran a small hospital in West Baltimore.  As I drove into town, I would often see signage for the hospital, but never ventured to go see it-which was unusual for me because I was always up for exploring new areas of Baltimore.

Sadly, Diane and I loss touch after graduation.  For the next decade and a half though, I found the Bon Secours name popping up in my life periodically.  I was always intrigued… I do not know why.  Occasionally, I would intentionally take Marriottsville Road to visit a relative.  It was always such a beautiful drive and always, as I passed that sign, I thought of Diane, wondered what had become of her and what lay beyond THAT hill.

In the mid 2000’s, my then-employer sponsored a one-day retreat in the Rocking Chair Room at the Retreat Center.  I remember driving up that hill for the first time- for me, the ascent in and of itself was so quiet, calming and peaceful, as if I was literally leaving the worries of the world behind.  Why had I never taken the time to explore it before?  The retreat center staff were so kind and gentle.  I remember the receptionist saying that she absolutely loved working at the retreat center and interacting with the Sisters.  I remembered fondly how I enjoyed working with the Daughters of Charity and thought, I would really like to working with women religious again.  So, from time to time, I would check its website and also the hospital’s, looking for jobs-I never found anything for which I seemed qualified.  It was during these searches that I read about the Associates group.  The opportunity to engage in a rich spiritual community had always been very appealing to me but I had yet found to find one that fit.  I was curious but couldn’t imagine having the time to make even the small monthly commitment that was required, my life was so full with two demanding children.

That employer closed its doors in the Fall of 2009 and I soon found myself without a job.  I dreaded looking for a new one.   I began scouring the Help Wanted sections of every website I could find.  I have never been career oriented (primarily because I could never figure out what I wanted to do) rather I found myself drawn to jobs that I found personally enriching and geared toward service.  Climbing the corporate latter was never important to me, but at 41 it certainly did not make the job search very easy.  It was exhausting and discouraging.  I am not entirely sure what made me think to check the Bon Secours websites again, but I did.   There was a position, after all these years, at the hospital for which I did have the qualifications.  I was elated to get a call for an interview.   I fell in love with that little hospital the first day I walked in to it. I can’t really describe it. There was a deep sense that Bon Secours was where I was meant to be.  My job search was over!  I was offered the position and began in May 2010.   (I was sad to learn that Diane was no longer with the congregation.)  At the hospital, I became involved with the Servant Leadership Team and through that met Amy Kulesa.  After listening to Amy speak about the Associates, I simply knew it was time to respond to the call and longing to deepen my commitment to the Mission and Core Values of the Sisters of Bon Secours.

Daily Reflection
Silence as Teacher
Latest Posts
Associates help out in Southwest Baltimore
January 31, 2020
More News
Blog
Associates Embark on Lenten Journey
March 4, 2022
An act of kindness a day
December 9, 2021
What a wonderful couple of days!
October 21, 2020
More Posts
CONTACT US
If you have additional questions or would like more information about the Associates of the Sisters of Bon Secours, please contact us.
QUOTE
Mother St. Urban was once asked by a visiting clergyman, "Where are your free beds for the poor?" She answered: "There are no wards or rooms where special beds are reserved for the poor. It would be a humiliation to the patients who are poor to have their poverty thus made known to others. Neither the doctors nor the nurses know that a certain patient is unable to pay...So far no bill has come to my office that I have been unable to pay."
Mother Urban Tierney (1857-1933)