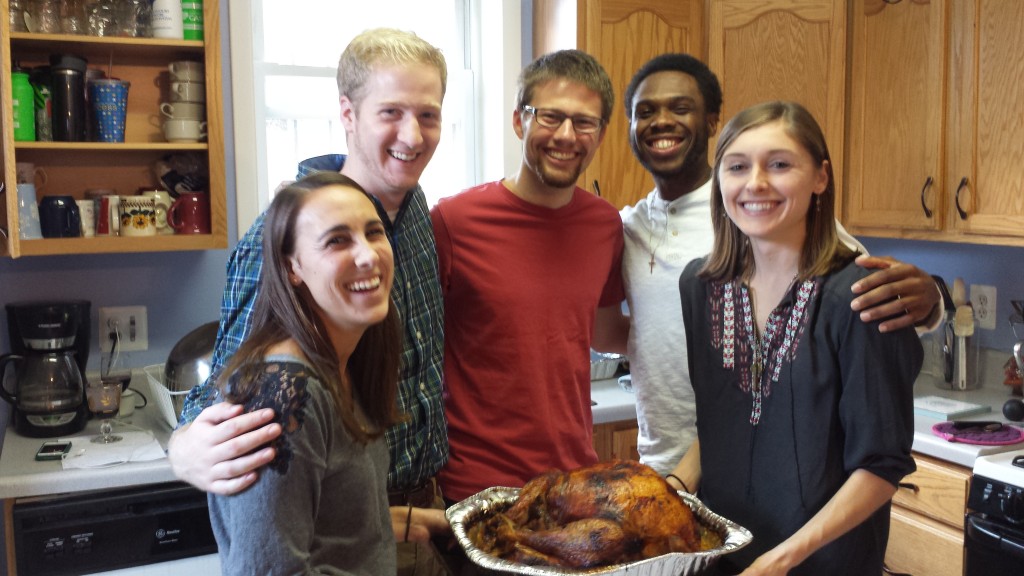 For many of our Volunteers their community members turn into family members. Eugene Kim, a past Volunteer during 2012-2013 wrote the following on his experience living in community:

“Once I started college, I found a new family of sorts in the form of roommates. One year I lived with seven other men in one house, which was very different from the family I had grown up in. But no matter how many people I lived with, the lifestyle of an only child stuck with me. I remained independent from others. I cooked for myself for the majority of my meals. I made my own plans without worrying about others. In more colloquial terms, I was flying solo. That all changed when I moved to the Bon Secours Volunteer house in Southwest Baltimore. When I first moved to Baltimore I expected that the living situation would be different than what I had experienced in the past. Even if this year would be labeled as “intentional community,” I figured that I would still be able to live the way I had lived in college: open, but solo. I couldn’t have been more wrong.

From the beginning, it was made clear that we were not just roommates – we were community members. As the year progressed I came to understand more clearly what that really meant. Being a community member meant to be someone who was DEPENDABLE, but also able to DEPEND ON OTHERS. It means contributing to everyday life without asking for recognition. It meant being flexible and adapting to other people’s lives and schedules, being considerate and patient, investing in others. Being a member of a community wasn’t just a title, but a lifestyle; not just coexisting, but in reality, growing together as a family.” (Eugene Kim, 2012-13 Volunteer)