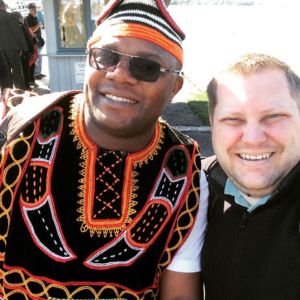 As we celebrated the 1st Sunday of Advent yesterday, I was continuing my thanksgiving praises. Many of you probably saw via Facebook that a friend of mine, Fr. Jude Thaddeus Langeh Basebang, a Claretian priest from Cameroon, had been kidnapped by armed gunmen, along with some companions, in the midst of the civil unrest in that country. It was with great relief that I learned that he and his companions have been released and are safe. However, the driver of their car, is still being held. In fact, I have been able to talk face to face with Fr. Jude via Whatsapp. He asks that we continue to pray for the release of the driver as the negotiations continue.

As we prepare, during this waiting season, for the coming, and second coming, of Christ, the Prince of Peace, at Christmas I urge everyone to do what they can to look up and out and all around. In Cameroon, Fr. Jude was kidnapped because there is a civil war going on, and the Church is caught in the middle. In Yemen, the Saudi Arabia-led war continues. In the Central African Republic, in the Democratic Republic of the Congo, in Nicaragua, in Ukraine, in Syria the violence continues.

Bon Secours Young Adults are committed to being the good news of compassion, healing, and liberation. While most of that good help and good news is rightly focused on those closest to us, to the neighbors near us, we must not lose sight of the need for peace in so many places in our hurting world. 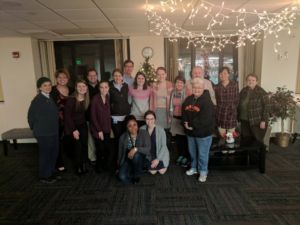 This past Thursday evening, Rachel Malinowski, a Bon Secours Young Adult, led the Bon Secours Young Adults Advisory Board and a number of our colleagues in ministry, through a reflection on “Gaudete et Exsultate.” This apostolic exhortation on The Universal Call to Holiness from Pope Francis was released just this past May, a short six months ago. Our reflection was deeply moving as we attempted to discern as a group and as individuals what the call to holiness means for us today.

What does is mean to be called to holiness today? It means something a little bit different for each of us, but in this Advent season I am convinced that part of that call is an acknowledgement of the violence in our world, and a resolve to seek peace — and to let that peace begin with each of us.