Lambs: the enduring image of springtime.  Everyone loves to see them out in the fields gamboling in the sunshine.

At our “Good Shepherd” Mass this past Sunday, I was moved by the Gospel reading with its reassurance that “there will be only one flock and one shepherd”   It caused me to reflect more deeply on the meaning of the “Lamb of God”.

At an early age in the school choir I learned the piece “All in the April Evening” by Katherine Hinkson / Hugh Roberton and was moved by the words.  This was probably my first realisation of the meaning of the Lamb of God, the paschal victim. 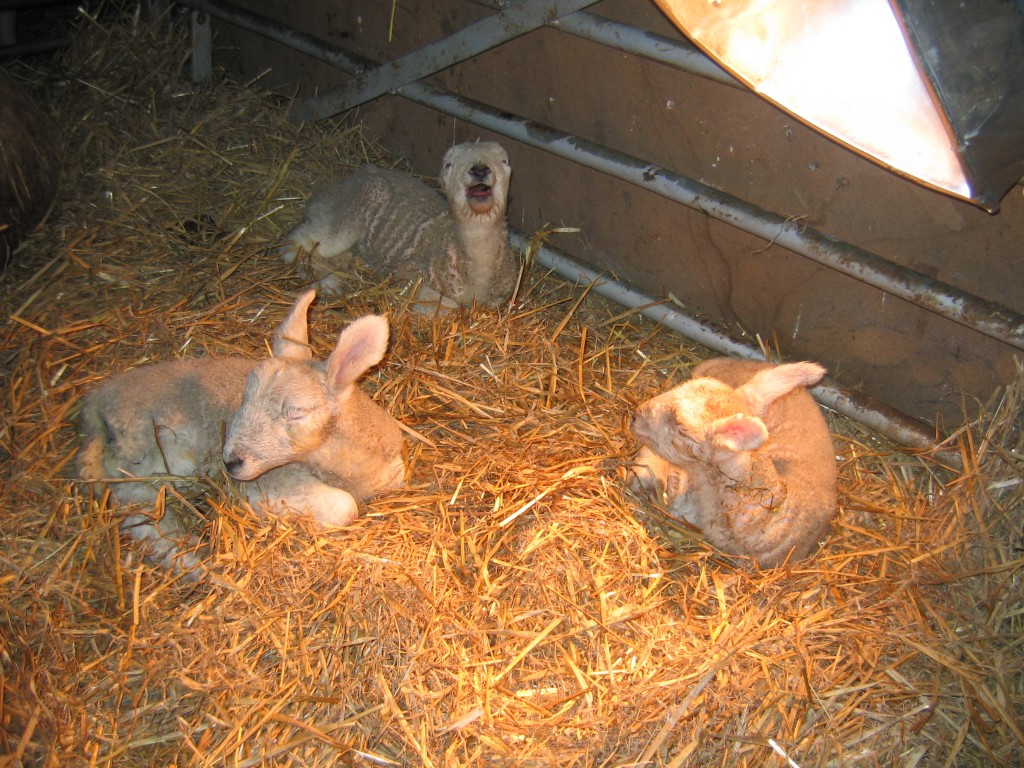 Much later in school I studied a poem that described the birth of a lamb followed by the death of the ewe and was struck by the symbolism of the sacrifice required in order to bring about new life.  Unfortunately I cannot remember the title and author of this poem and have searched in vain for it but what I did discover in doing so was the amazing number of poems about  sheep and lambs.  They do seem to be a source of much inspiration  and I got quite distracted from writing by reading many of them.  Of the many, many recently discovered poems some that I have particularly enjoyed are:

A Difficult Birth by Gillian Clarke 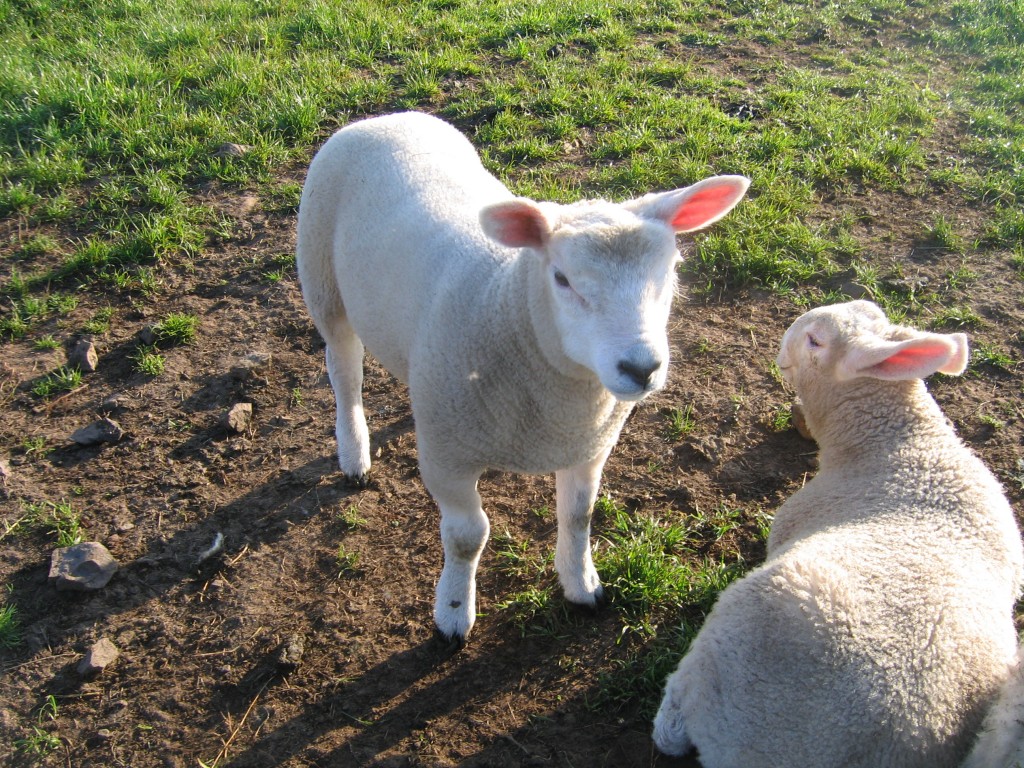 The choir I sing in at The Hospitals’ Christmas Carol Concert times has added to its repertoire John Taverner’s setting of “The Lamb” by William Blake and although it was a difficult piece for a choir that does not sing regularly together it is very powerful  and has been well received.

Again the image of the lamb evokes innocence and the sacrifice our Lord makes for us.

Approximately ten years ago a man starting keeping sheep on the farm where I keep my horse.  These sheep are not kept for commercial purposes but are a small flock of pedigree sheep that are exhibited at agricultural shows.

As I live close by, I have become gradually more involved in helping to look after them, particularly at lambing time.  Whilst delivering and caring for the new born lambs is really rewarding, because they are so vulnerable the inevitable losses are always upsetting.  Most years we end up with one or two being bottle fed and although I tried not to get too attached and give them names, in the end it’s the easiest way to know which ones we’re talking about.    Last year we had Adam who was born with an malformed rib cage(which did get better) and Jack who spend his first few days in a large box after the ewe died.  This year we have Noah,  one of the triplets born on the first Sunday of Lent  (first reading) and Bo whose mother rejected her and hid her behind a tarpaulin.

Sheep are mentioned more than five hundred times in the bible.  Getting to know the sheep as individuals has really brought to life for me some of the well known references.  “The sheep  that belong to me listen to my voice.  I know them and they follow me”  John 10:27. 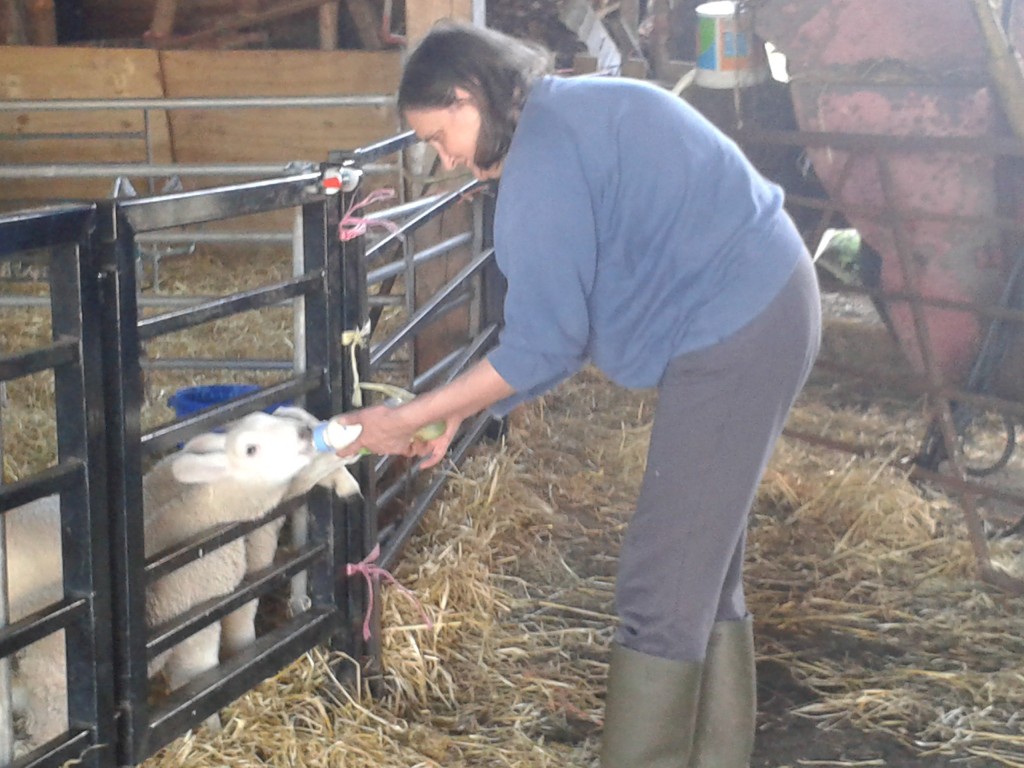 When bottle fed lambs go out into the field I have to be careful not to speak , otherwise they will try to get through the fence and follow  me!

I love my time tending these sheep and am grateful for the reminder last Sunday of God’s call for all of humanity to follow him, with the reassurance that “there will be only one flock and one shepherd”.