Ever since I can remember I wanted to become a Sister. However when I was just 19, I was struggling with a health issue, which put my desire to enter religious life to rest.

In time, I got married and God blessed me with two sons. Life was so good for eighteen years. Then suddenly circumstance beyond my control left me single with two sons to raise pretty much on my own.

To support our household, I worked full-time in a hospital laboratory as a medical technologist. The boys were such a treasure to raise and I was so proud of them as they grew into young men. Yet, despite my busy life with my sons, I still felt God’s call to something more 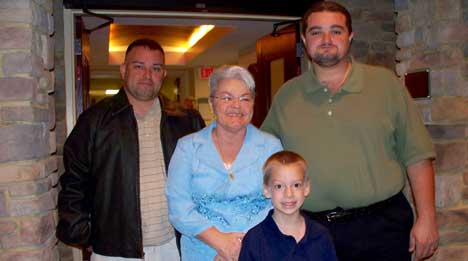 Ultimately, I found myself being called to ministries in the church and I met Sister Gemma, a Sister of Bon Secours who was a Chaplain Supervisor in the hospital where I worked. Sr. Gemma and I became friends and she talked to me about her life as a sister. She told me that at some point I might wish to consider religious life.

Then another friend of mine got a new position as a Director of Mission in our hospital. I went to his office to congratulate him. As we were talking, he said that I sounded like I was open to the spirit. I said yes, at this time of my life I am. He asked if I had ever thought about religious life. Then he surprised me with a card of Sister Pat Dowling, who is the Vocation Director of the Sisters of Bon Secours.

After much prayer I called Sr. Pat, and after several in-depth conversations and a chance to see the ministries the sisters were involved in, I entered into discernment. It is the first step one takes in considering if God is calling you to a life as a vowed religious. I came to believe that God was calling me. After being approved to enter the community, I then went on to the next step-formation: a process to learn more and see if I was meant to lead a vowed life with the
Sisters of Bon Secours. 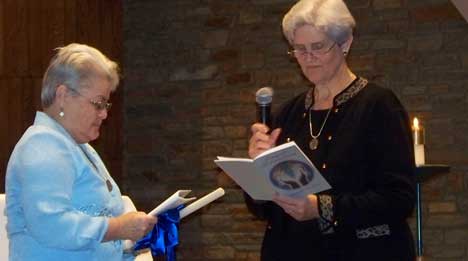 The experience was wonderful and I made my final vows with the sisters in 2011 with the presence and support of my family—my two sons, daughter-in-law and my grandson. I feel doubly blessed!!

Clearly, my plan at 19 was not yet God’s plan for me. Throughout my journey I tried to remain faithful to God and I learned so much about God, myself, and others. And today, God continues to call me in many ways as a sister.

“All is well and all will be well.” – Julian of Norwich